Helping to raise conservation and animal welfare awareness to a younger audience via the web. 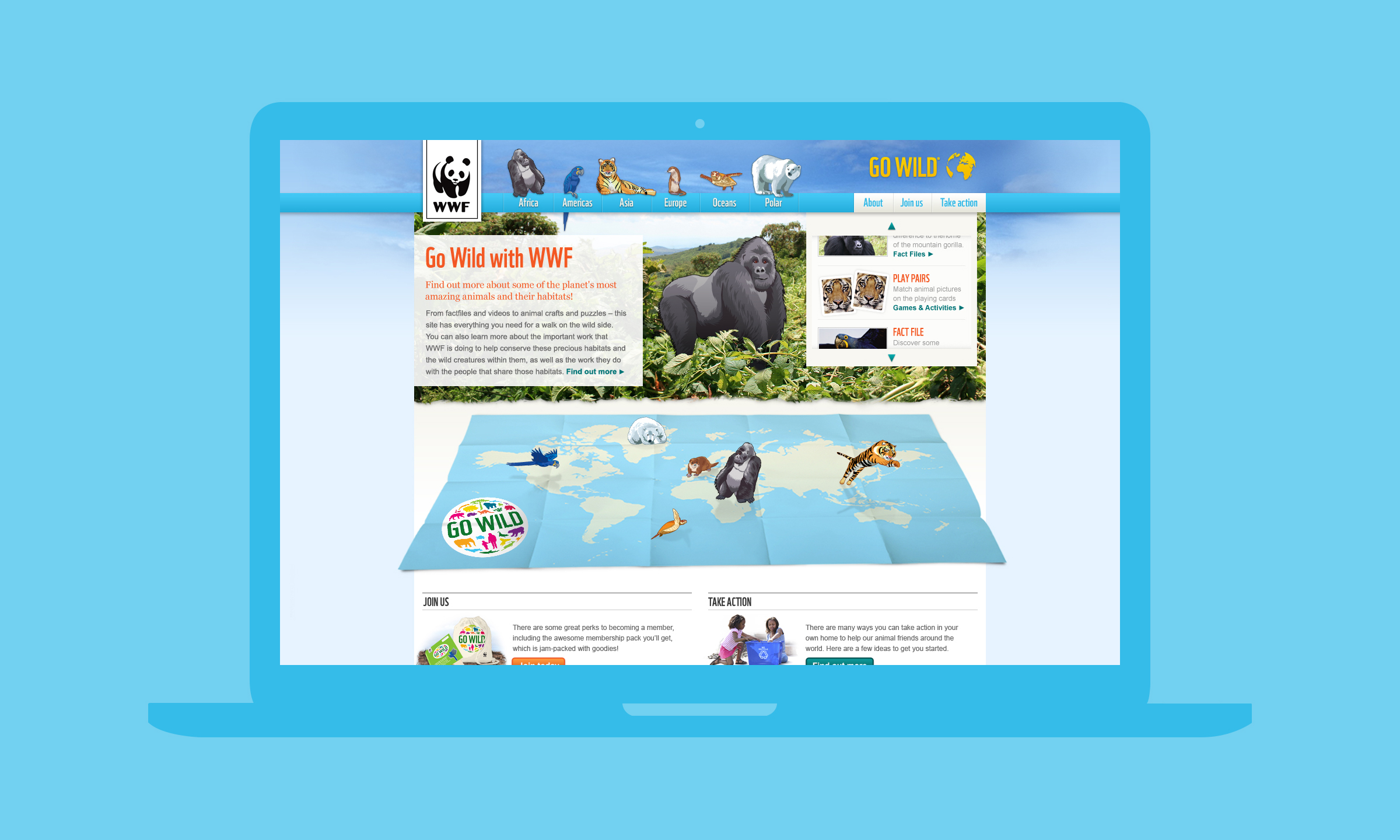 Wanting to reach out and raise awareness to a younger audience, WWF launched a subscription based kids club called Go Wild where members would receive a variety fact-packs, books, and options to adopt animals. We were tasked in designing a site which had a primary goal of boosting memberships, but also provide an open platform to educate potential members on conservation and animal welfare.

To create a sense of global awareness, we created 6 key landing pages all based on a different region of the world with each one containing a variety of animal and environmental facts, sound clips, videos, and games. WWF also had a set of popular illustrated animals from their print material which we really wanted to incorporate, so we decided to designated an animal to represent and guide the user through each region (for example, “Roary the beautiful Bengal tiger” representing Asia).

While the look and feel of the site was led by another senior designer, I worked on the concept and design of the Flash games. Each one required an educational element either during gameplay, or as a reward when finishing.

This project was a great collaboration exercise as the look and feel had been created in tandem with everything else, so I had to make sure that each game was cohesive with what the rest of the design team had been working on.